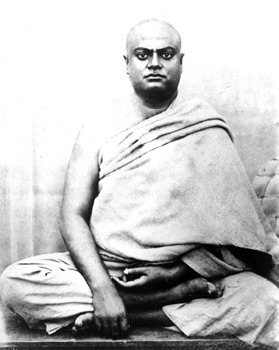 Vedanta teaches that countless paths can be followed to realize the Self. There are as many paths as there are people, for we all differ in many ways. Thus, in the end, one must find one’s own path. However, four great paths (called Yogas in Sanskrit) are especially useful. There is the way of reason, called Jnana Yoga; the way of devotion, called Bhakti Yoga; the way of concentration, called Raja Yoga; and the way of selfless action, called Karma Yoga. Most people’s paths combine the four. In early stages, self-discipline is also valuable. Later, the practice comes naturally and requires no effort, as it brings physical, mental, and spiritual benefits. All aspects of life become more and more harmonious and effective.

At every stage in the quest for Self-realization, there is a need for help. At first, help seems to come entirely from outside—from living teachers or the written words that great ones have left behind. Later, one begins to see that help comes from inside, from the very Self that one is seeking. Then finally one realizes that help comes from all sides, from every experience of life. For in truth, the Self is all that is.

In India, those who aspire to attain spirituality have always sought a teacher who has personally realized the Self. The Vedanta Societies in this country follow that tradition. It is for this reason that they invite qualified swamis, or monastic teachers, from the Ramakrishna Order in India to help earnest seekers.

Vedanta can be practiced by lay followers as well as monastics. To explore monastic opportunities, please click here for Monasticism student program at the Vedanta Society of Southern California.

The Vedanta Societies seek to stimulate the unfolding of each person’s innate spirituality, by providing access to ways that suit individual temperaments. The Vedanta societies do not deal with the occult, the bizarre, or the sensational. Nor do they promise instant spiritual illumination. The way to Self-realization is a full life’s work, and perhaps the work of many lifetimes. But there is no doubt that one will accomplish it in the course of time, for even one who is deeply asleep eventually awakes.